Beni Hassan has some of the best preserved tombs in Egypt probably due to their inaccessibility.    Both of the two sites that we visited involved a climb of 400 steps.    Not one for the mobility impaired !!! 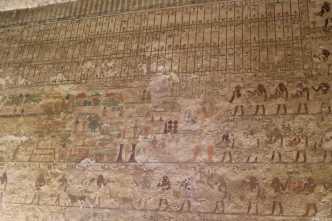 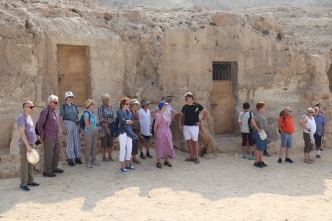 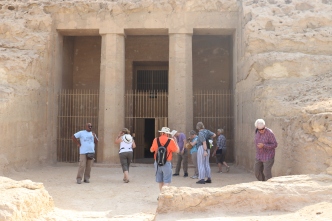 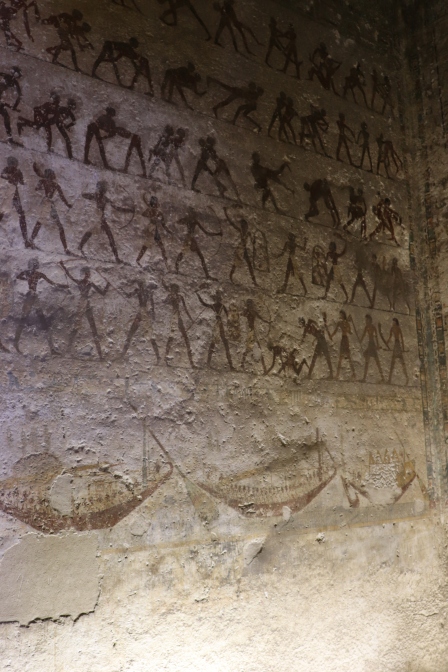 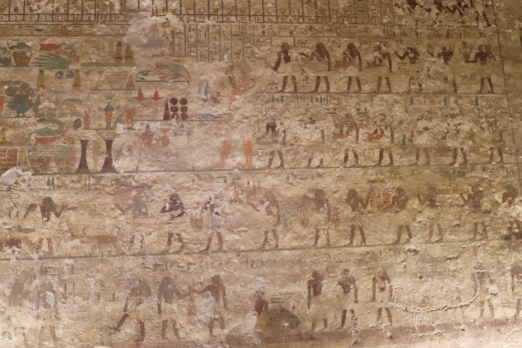 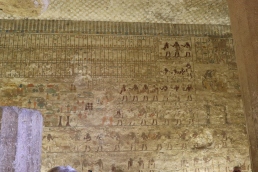 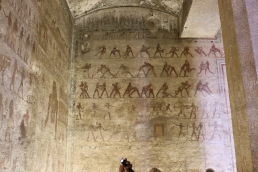 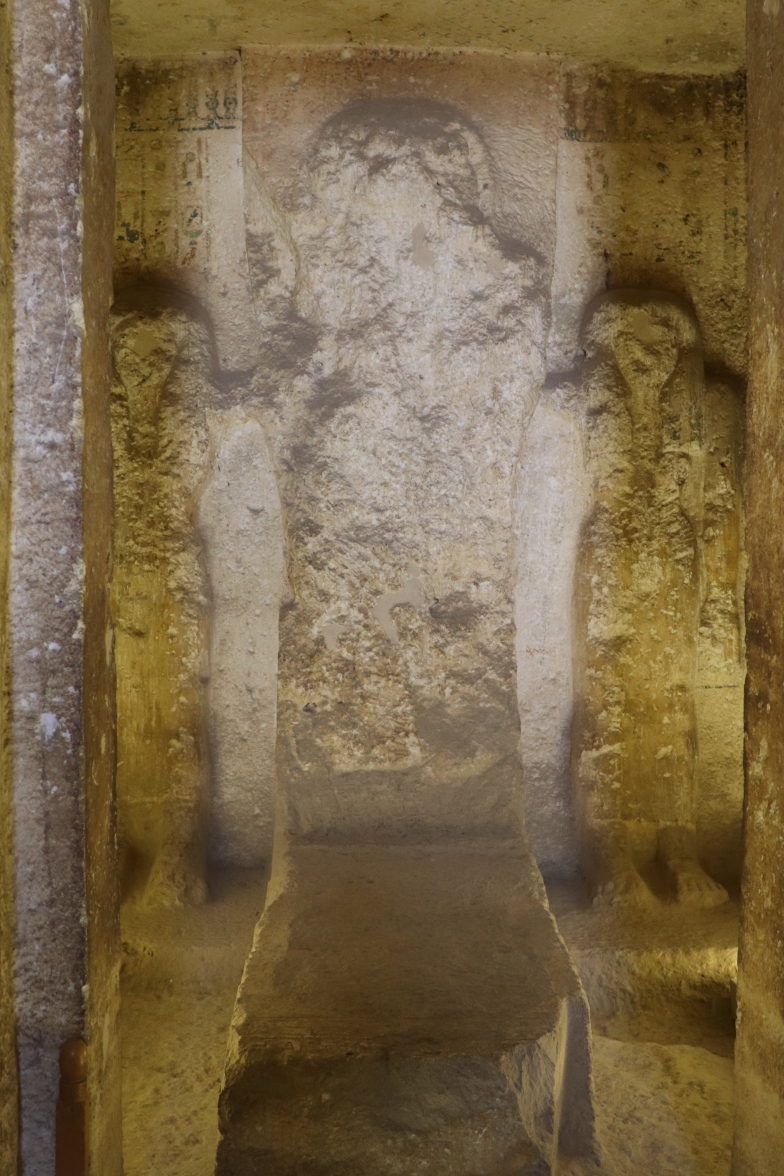 Carved out of the rock and of course smothered in reliefs and bas-reliefs and frescoes, all stripped of their treasures by generations of tomb robbers it was worth the climb.

Then back through one of the “cities of the dead” to the ship in time for afternoon tea and dinner.    By this point in the trip and not having been allowed to explore any Egyptian towns or cities it was time for a spot of “toys out of the pram” and a minor mutiny amongst my fellow tourists, it was finally agreed that we could walk through the local town of El Minya to soak up a bit of local colour.    Now there were eleven of us and as soon as we were off the ship we were cocooned in a bubble of Police, Military, Special Forces and SWAT teams.  I counted 23 at one point, interspersed with a bunch of bickering officers who couldn’t decide who was in charge. All armed to the teeth and dressed in full combat gear they swept the streets of the local population before we were allowed to continue.    On several occasions (being somewhat rebellious by nature) I would try to lag behind and evade the cordon, only to prodded back into line by the muzzle of some lethal looking SWAT weapon.      Warned you that the “rant wasn’t over….. 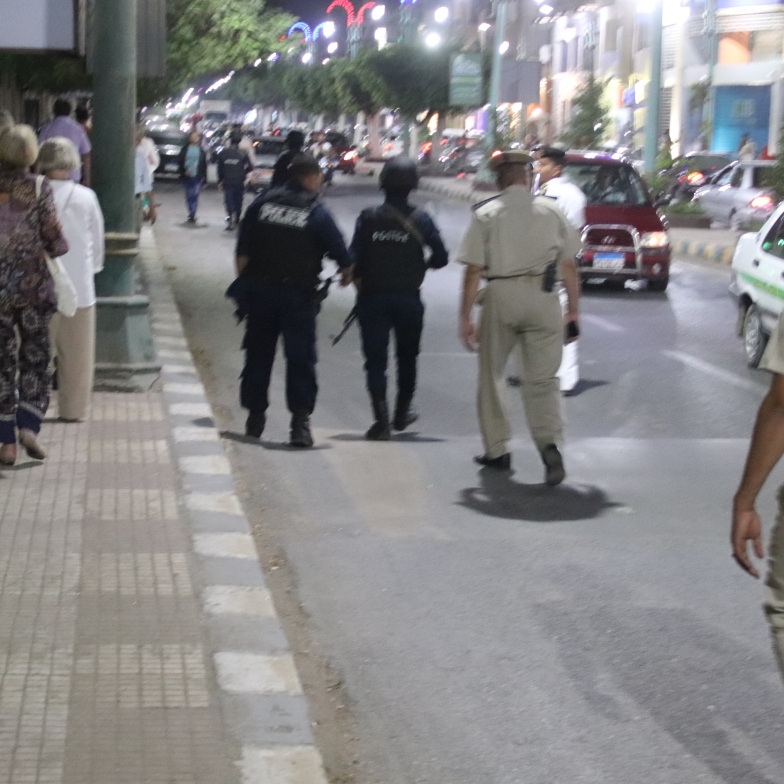 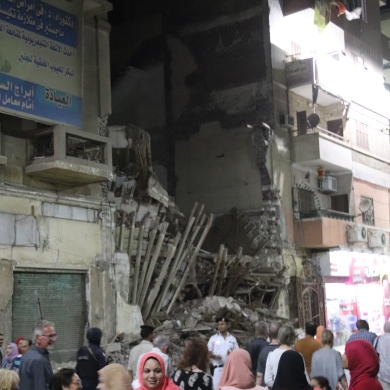 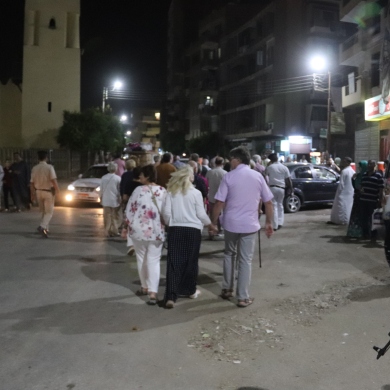 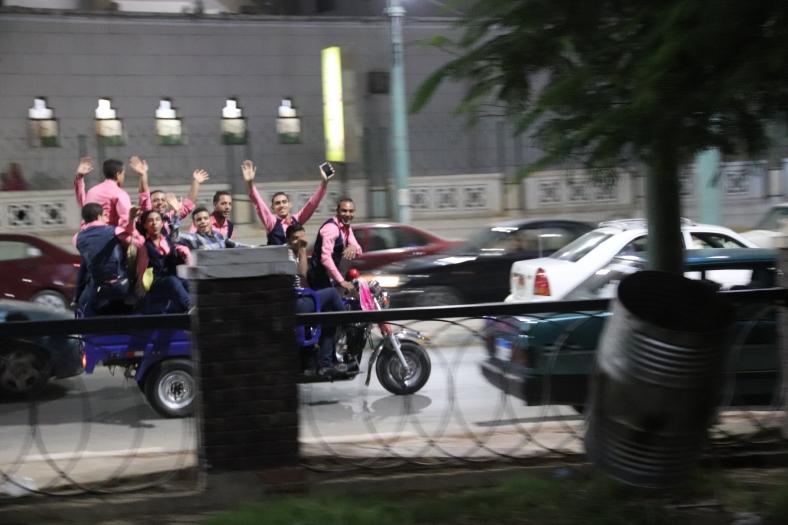