The arrival in Vladivostok was marked by a group photo of the remains of our group (10 having opted to abandon “ship” in Mongolia) at the station marker. 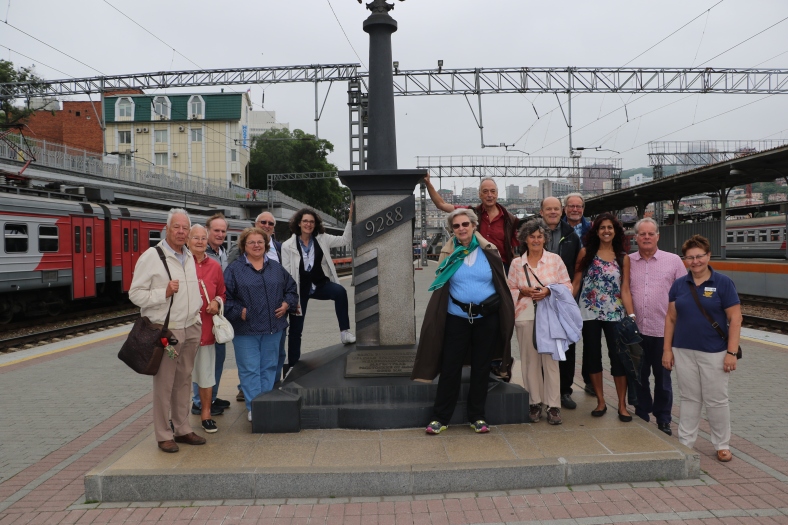 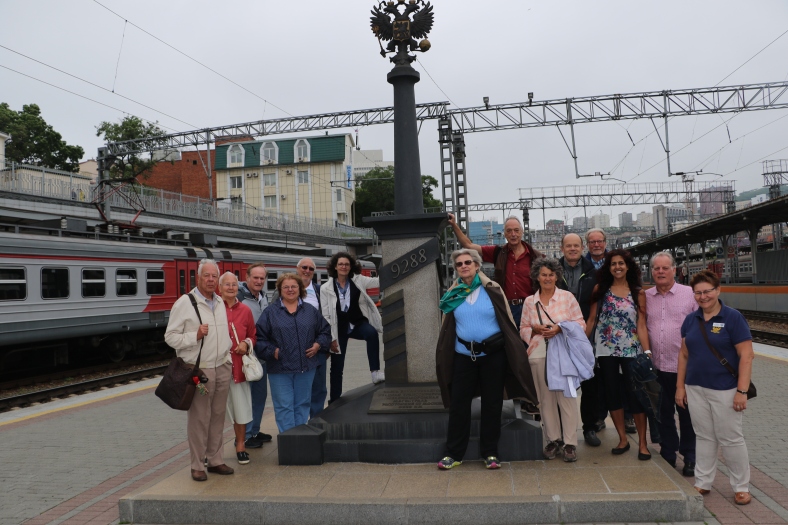 By the time that you factor in the Mongolian Detour and my St Petersburg to Moscow Excursion to the 9288Km above, I have just completed over 11000 Km on the train, covered 9 time zones an unbelievable experience !!!   Though I have to admit that is great to lie in a bed that is not rattling, shunting & swaying !!!

Vladivostok was a bit of  a disappointment apart from being shrouded in fog – which apparently is quite common – comparisons with San Francisco Bay are somewhat wide of the mark !    Yes it has a bay and some hills and also a less than gob-smacking suspension bridge but thats where the comparison ends.

Due to our late arrival due to the old English excuse of “works on the line” our city tour was cut short, which was probably just as well as we saw lots of fog, a rusty submarine, a cruise missile destroyer, some very drunk sailors, Oh and I almost forgot – a statue of Yul Bryner – which I didn’t even bother to get of the bus for. 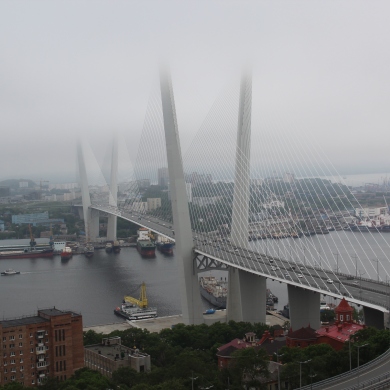 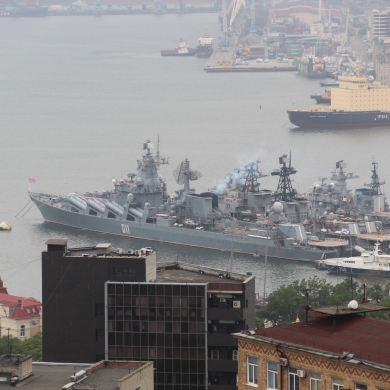 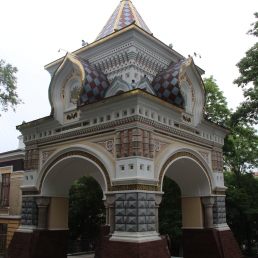 The guide almost failed to point out the statue of Alexander Solzhenitsyn striding purposely ashore.   I can only assume that someone in Soviet or Other times must have turned the statue around as any purposeful striding in Vladivostok would surely and almost certainly have been in the opposite direction !!

Then back to the Hotel for a quick change before going out for the Last Supper.

Follow 2020 No Travel for a while due to Coronavirus restrictions and Common Sense on WordPress.com